Waking up the dinos …. 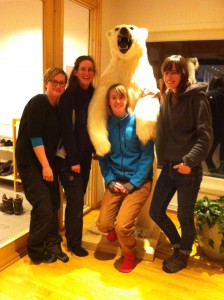 After completing last year’s mission impossible with surprisingly interesting results on photophysiology of marine microalgae in the surface water during the Polar night (for details, see http://mareincognitum.no/marinenight2014/?p=120), we decided to expand our research effort to study those who should not be capable of making a living out there without any light present. As more efforts require more (wo)man-power, a team was established (consisting of PI Eva Leu, AWI-postdoctoral researcher Clara Hoppe, FAABulous PhD student Zofia Smoła, and MSc student Ida Bernhardsson from Uppsala) – which was quickly named by project leader Jørgen Berge upon first encounter at the Longyearbyen airport: Eva’s gang.

The gang moved in on the 2nd level in the Marine Lab in Ny Ålesund, occupied most of the temperature-controlled rooms (and some labs), and established strict light regimes in there. The aim of this year’s stay was two-fold: a) to repeat and extend last year’s studies about the algae’s capability to resume photosynthetic activity rather quickly upon re-illumination in the middle of the Polar night – and b) trying to wake up stuff that is buried in the sediments at the ocean floor …. 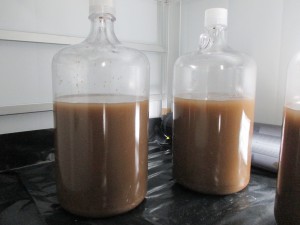 The background for this new approach lies in the fact that several algae species are forming resting stages when growth conditions become unfavourable towards the end of a bloom. As these resting stages are very robust and almost completely inactive, they can survive in a dormant state for a long while, supposedly up to several years. They are supposed to play an important role during the initiation of the annual spring bloom, when strong winds cause an overturning of the entire water column and transport them to surface waters where they find again enough light and nutrients to start growing. However, very little is known about what the exact cues are that enable them to resume their growing process. Is it a critical light level they have to be exposed to? Or does the daylength play a role? From higher plants we know that some of them can only start to flower when daylength exceeds 12 hours – and something similar has been postulated for certain algae species as well. Hence, our approach was to get mud from the seafloor, add light, seawater as well as nutrients, and then vary both daylength and light intensity in an experimental setup to observe the developing algae communities. However, since mud is something that phytoplankton researchers normally fiercely try to avoid in their work, we first had a steep learning curve ahead of us when it came to handle incubation bottles that suddenly looked more like hot chocolate than transparent seawater after having been shaken. Luckily, Zosia had done her MSc in benthic ecology (muddy things), so she was not as afraid of the brown, dirty stuff as we were – and so we managed to set up the experiment in a good way in the end. And then the waiting started…. 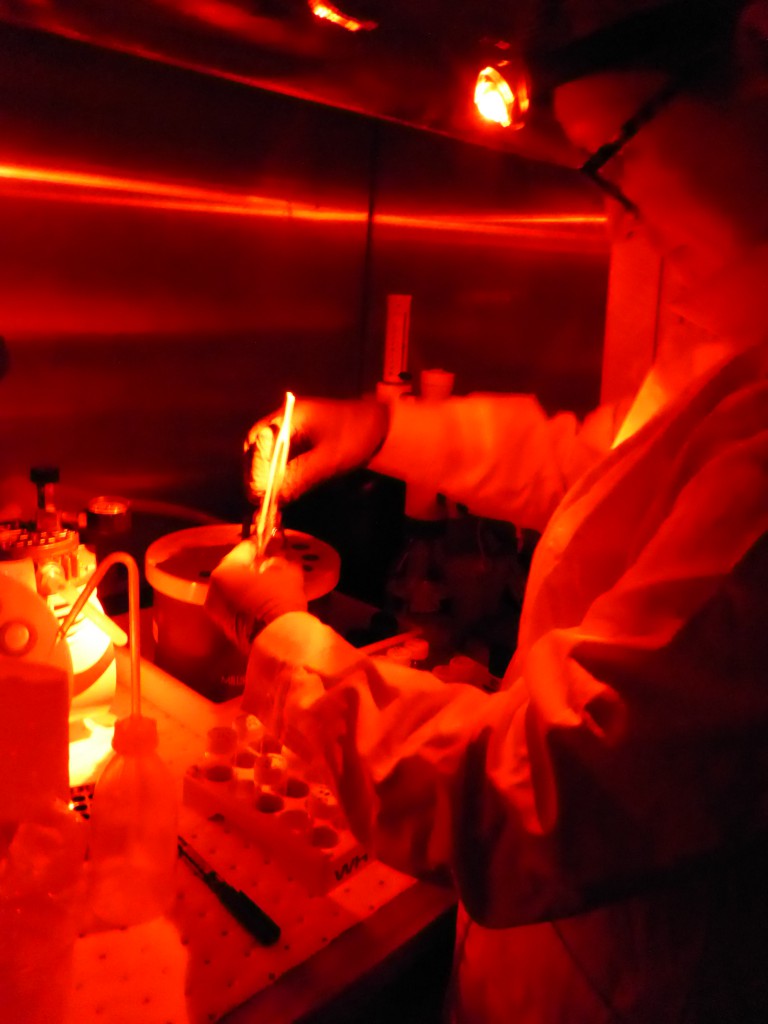 In the Ny-Ålesund red light district

Among the groups of algae we would expect to appear there are diatoms and dino(flagellate)s. Impressively enough, we measured pronounced increases in photosynthetic activity already after 10 days – but it will still take a while before the algae in our murky bottles will reach densities in which we can see and study them properly. 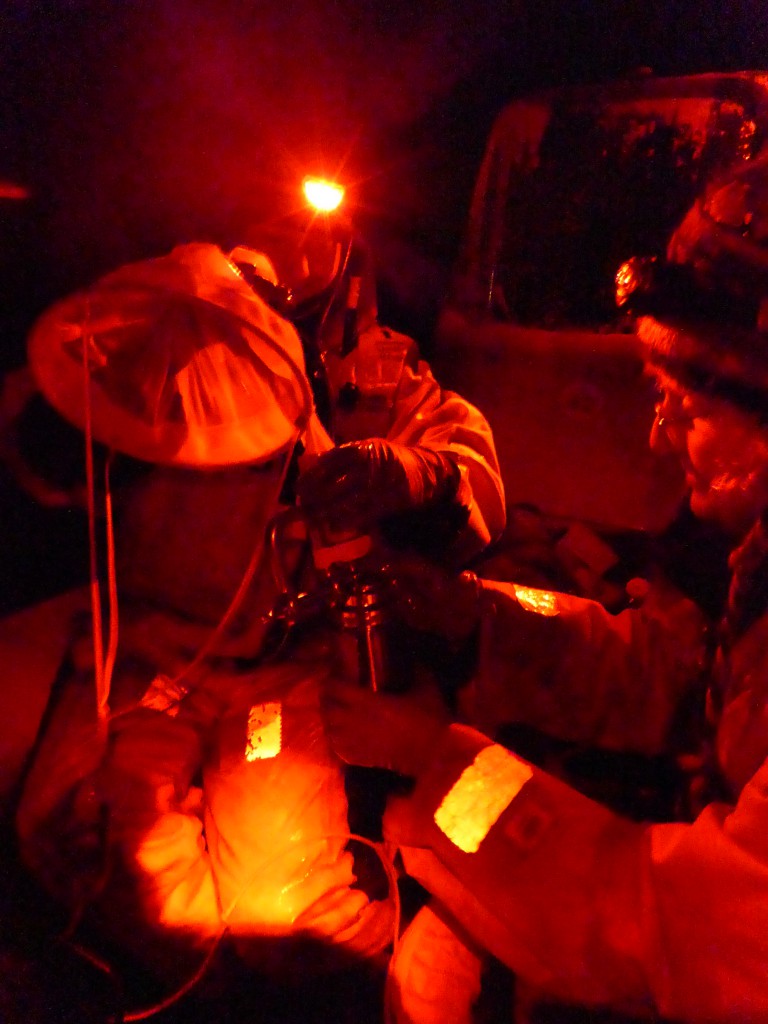