After the invasion has left the perimeter partly by unexpected means of transportation, and 100s of kilos of cargo were flown back yesterday, today was a day to relax – so I thought. But then, while sitting in the living room of the Polar Hotel after a nice mid-day walk, I listened to the ancient radio, and got reminded of todays’ strike. So in all haste (it was about 15:45 and the nation-wide strike should last from 14:00-16:00) I produced a protest sign and went to the Marine Lab with my personal news photographer, Malin, and lighting assistent, the multi-talented lab leader Seb, to show my support as a member of the “Forskerforbundet” union.

As most of the time, the road to the lab was deserted, so no one noticed my protest march from the hotel to the lab, nor did anyone notice my protest in front of the lab. But now, world, here it is: My contribution to todays’ demand to the Norwegian government – more permanent jobs instead of more temporary jobs, less overtime instead of more.

This is of course a completely personal statement (as someone who just started on his 40s and never had a permanent job), and in particular is not a statement supported by Kings Bay. I mean, who would seriously wish for a permanent job in Ny-Ålesund? A bit too far off from the real world… 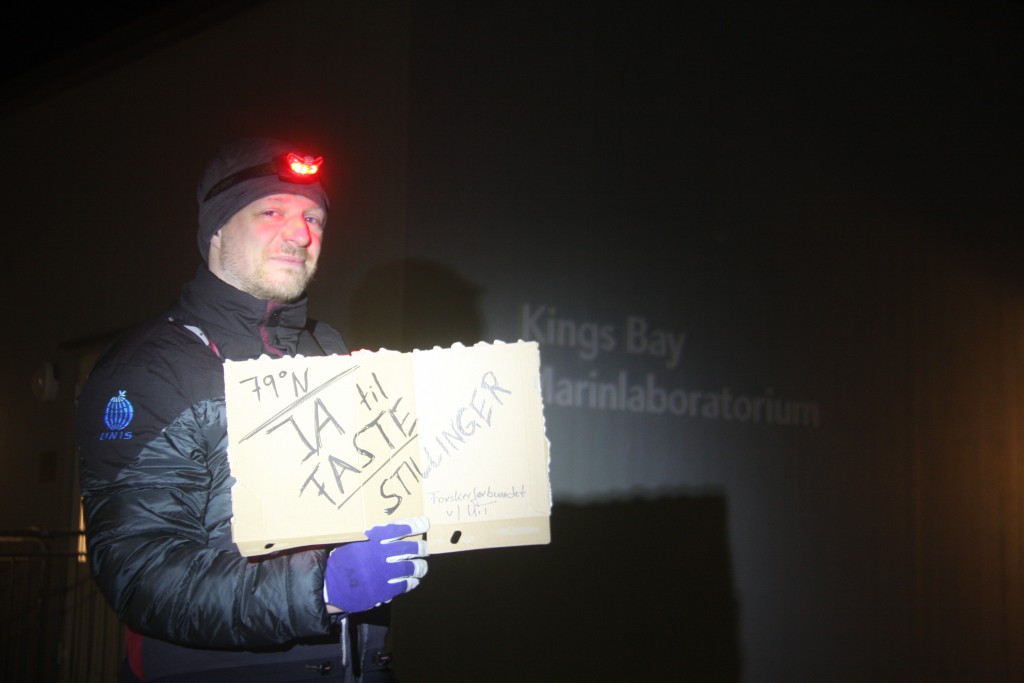