About science and friends 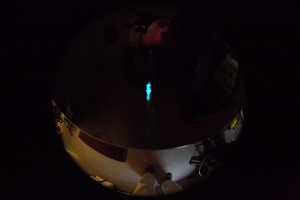 Having just said goodbye to our Russian colleagues Natalia and Dasha, to Malin and Daniel, and some days ago to the robotics course students and most of the Marine Night field team, it is pretty quiet around the Marine Lab. We are now down to four people. There are advantages to having just a few people around – for one, the morning coffee lasts longer. But, there are disadvantages. Most notably, when something new or interesting happens with your science and you want to share it, nobody is around! This happened to me the other night. My research during this field campaign is aimed at measuring light in the polar night, and measuring how temperature and background light level affects the ability of krill to see that light. To measure light, I have a fancy contraption that catches the photons coming from the sky and reflects them toward a sensor, which records the amount and color of the light. As I was making a measurement at midnight, with the moon glowing in the sky, I looked up to see an aurora getting more and more intense. I wondered if the light meter would be able to measure the aurora…maybe…that would be pretty cool. It was another day or so before I looked at the data, but sure enough, there was what seemed like light from the aurora quite clearly in the measurements. I was VERY excited…but a quick lap around the Marine Lab returned nobody with which to share in my scientific joy. The moral of this story? Scientific discoveries are best when shared with friends. 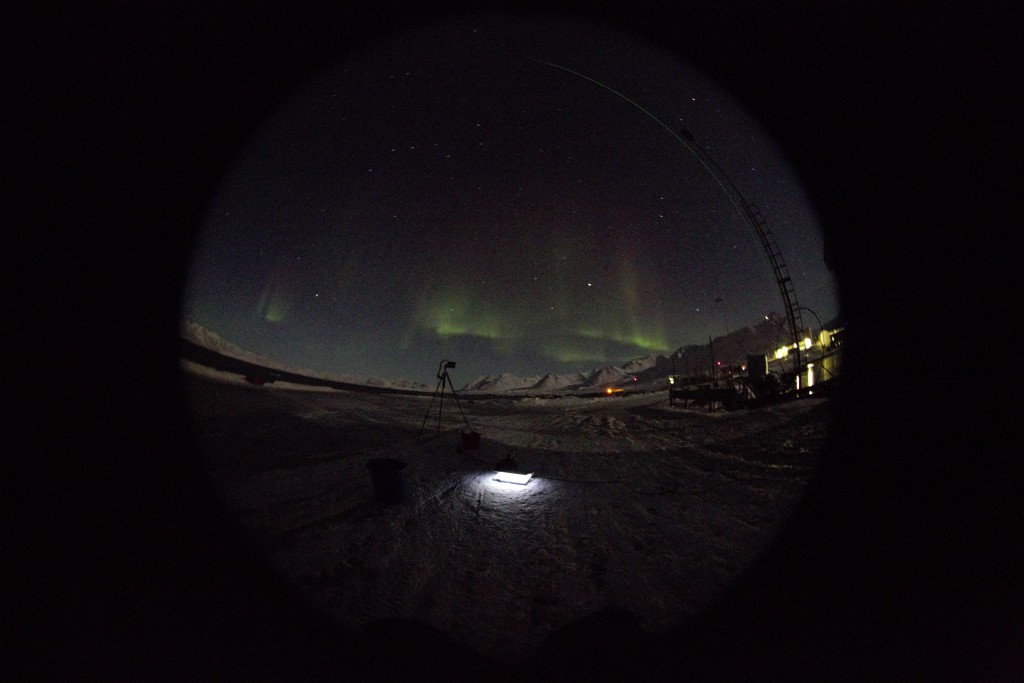 Getting ready to measure – all sky view. Photo: Jon Cohen